Trade Unions... A Couple of Home Truths and their strong campaigns. 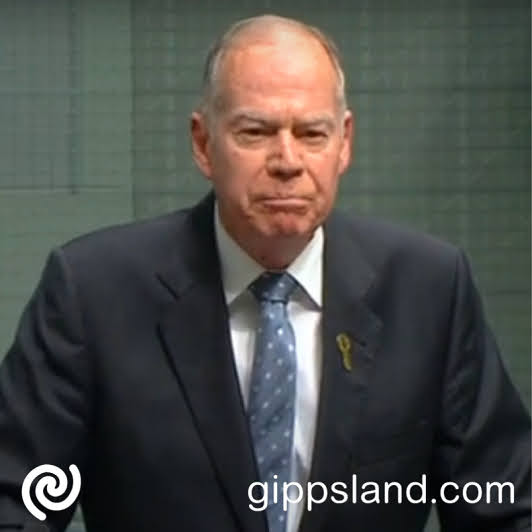 Trade Unions, A couple of home truths, Russell Broadbent as he tells his stories of experiences from the trade unions

A further home truth: if 45 percent of unionists in my electorate didn't vote for me, I wouldn't be here. What I'm saying to you is this: there's a place for all of us in our communities. In the short term, in the election campaign, I can understand the CFMMEU putting $100,000 into my Labor candidate to get rid of me. That's part of the process we're in.

If I'm vulnerable and you can see a way to get to me, go for it. In the last election, sadly, they used the aged-care sector as a battering ram against me - I, who have been a solid supporter of those people that work in aged care for all of my career.

The union came along and said, 'This guy, Liberal - bad.' Except my aged-care sector said, 'This guy, Liberal, good,' and I survived when others didn't because of our commitment to those people who work in aged care, work in the hospitals and work in all of those areas the member for McEwen mentioned. If we don't care for our least paid, our most vulnerable, our disabled and our elderly, we are the lesser for it.

The point I'm trying to make here is this. If I go back not too far, probably only 30 years, I remember there was a program run by the union to say that the education system in Victoria was a disgrace. You'd say to parents, 'In your school?' and they'd say, 'Oh, no, not in my school - in someone else's school'.

But that was all shock-horror and, 'Aged care in Monash is a disgrace.' We have this national campaign rolling through, telling everybody that their nursing homes are a disgrace, and they're not.

As I mentioned in a previous address to this House, the morale amongst workers in my aged-care centres was so low that I had to write to every aged-care centre to tell them how much we appreciate them, that they're doing a fantastic job and that the families of the people they're caring for appreciate everything they do and every move they make.

Even those who don't have families and don't have visitors and don't have friends, when they go into those nursing homes, go into a family. That campaign was negative because it besmirched every aged-care centre, and that's what the workers felt.

That's what the union did. They ran a very strong campaign. They had demonstrations outside my office. They did a lot. During an election campaign, I've got to accept that, if tha's the way you want to go.

But there are always, always long-term consequences for those sorts of campaigns - like 'Mediscare', which was just an outrageous scare campaign, but it worked. The Labor Party said, 'No, no; it was good campaigning from us,' but there are consequences for everything that you do, and I appeal to everybody to be very careful of that type of campaign.