East Gippsland community groups will be 'ripped off' if the Federal Government doesn't boost the region's allocation under the $280 million 'Black Summer Bushfire Recovery Grants Program', according to Federal MP Darren Chester.

Federal MP Darren Chester joined with State MP Tim Bull and local Mayor Mendy Urie to write to the Prime Minister last month, seeking a review of the East Gippsland Shire's allocation of just $4.5 million. They are yet to receive any response from the Prime Minister or the Minister for Emergency Management Bridget McKenzie. 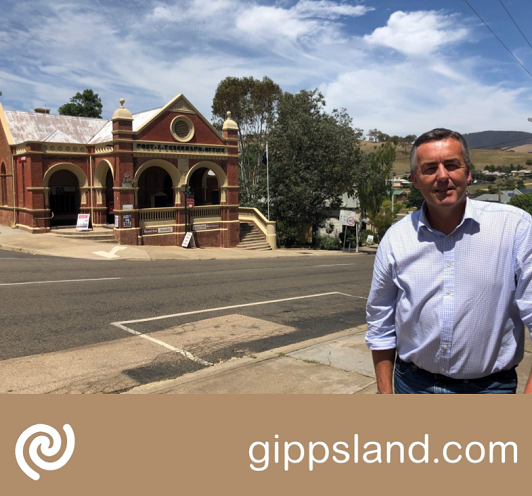 Funding should be weighted to region

Mr Chester said, "Given the extent of damage, and the excellent projects which have been submitted for funding, we will be ripped off as a region if the East Gippsland allocation remains at $4.5 million under this program."

"But it can be prevented. The program is meant to fill in the gaps from previous funding initiatives and focus on community-led projects in the regions most adversely impacted by the Black Summer bushfires."

"The funding should be weighted to regions which suffered direct damage, not just flow on impacts. It defies logic that $27 million has been notionally allocated to six Councils in north-east Victoria and just $4.5 million to East Gippsland. To add insult to injury, the Canberra bureaucrats have allocated funding based on Local Government Areas which discriminates against Victoria because we amalgamated four or five Councils into one.

"I warned the bureaucrats and the Minister's office three months ago that there was a huge amount of unmet demand in our region for bushfire recovery grants. It's because East Gippsland suffered the most damage in Victoria and it should receive a fairer share of the $280 million on offer." Mr Chester said.

In the letter to the Prime Minister, the East Gippsland community leaders highlighted the region's losses in the fires

"I'm not suggesting the other municipalities don't deserve some funding but the program should be based on actual bushfire impacts. The communities which suffered the most direct damage should receive the most funding to help the recovery process," Mr Chester said.

"The Canberra bureaucracy and the Ministers responsible have clearly made a mistake and rather than stubbornly plough on and make it worse, they should increase the allocation to East Gippsland and any other Shire that was actually burnt. I have no intention of giving up the fight for a fair go for Gippsland."