Parliament deciding to extend the legislative powers given to Australian Federal Police for another 12 months.

I thank you, Deputy Speaker Wilkie, for giving me the call, and I thank the member for La Trobe for his words, who has great experience as a former serving police officer. The reason there was a lot of controversy when these laws were introduced was that they affect our freedoms. I don't know what you're like as a member of parliament, but every time I see a piece of legislation like this I place my children and my grandchildren into it. 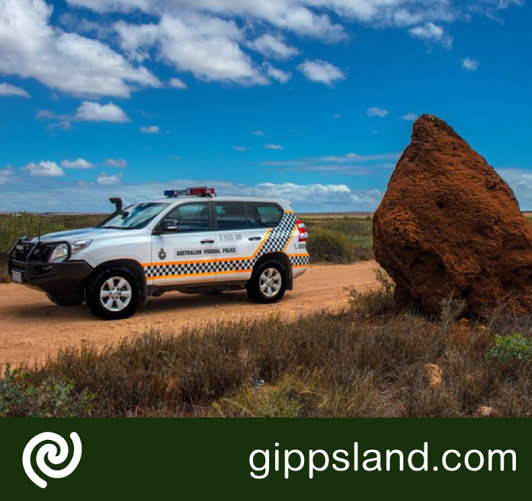 As long as the Australian Federal Police are acting on our behalf, we will applaud each move that they make, says Russell Broadbent

Extending the powers given

I say, 'What if this legislation were directed at my child, at my son, and they were detained, without charge, for a period of time?' That's why these issues are controversial. That's why when we, as a parliament, decide to extend these powers for another 12 months - whether they have been acted on or not, or used or not - an enormous amount of power is given to the Australian Federal Police to act on our behalf.

As long as they are acting on our behalf, we will applaud each move that they make. But all of these powers can be misused and abused. I know no-one else will come in and talk about that today, but that is exactly the reason these powers were so controversial in the first place.
I'm here as a member of parliament not only to serve my constituency and this nation but to protect my constituency and this nation - even, sometimes, from our own government.

And you say, 'What a preposterous proposition you're putting - that somebody somewhere would abuse these laws for their own benefit, that there would be no corruption in this country whatsoever, that no person would ever step out of line.'

That's not what history tells us down the line, and that's why so many people who are libertarians - I don't know what you call them these days; there are not many left - look at these issues and take them really seriously.

If powers like these are misused, your freedom's gone. I think they have been misused in Australia in the last 12 months, particularly in Victoria, but that is a whole other issue, and we won't go down that track.

The government and the former government - there will be no difference - are deciding that we should extend these powers for 12 months. So I immediately went to the legislature and asked, 'Why are we doing this?'

There will be consideration by the caucus and the party rooms, so there will be further consideration of this issue as we build up to new legislation that may cover it. So I start to feel a bit more comfortable, because I know the backbench committees in my party and the caucus committees within the Labor Party are not stupid. There are men and women in there that have views about these particular issues, and they will voice them.

Then the legislation will go to the Senate. I believe either the Greens or others will ask that it be considered by a Senate committee. So it will be considered again.

I'm just making the point that, when we make legislation in this House, there's far more consideration given to it than what is in the Herald Sun for just a fleeting moment. I'm sure that the Independents will want to have something to say about powers that affect the freedoms and obligations of the Australian people.

You couldn't just be pulled over for no reason, just for a check. But I think you can be now. The Counter-Terrorism Legislation Amendment (AFP Powers and Other Matters) Bill 2022 is important. All the reasons listed for the bill - such as to protect the nation - are important because, as the member for La Trobe quite rightly said, the threat to Australia is still real and probable.

I hate terrorism. I hate the fear that drives it and I hate the disregard for human life that surrounds it - to create more fear. But I also fear incremental changes to our freedoms.

Our freedoms are grievously important, and, if governments of the day and members of parliament as individuals don't have regard for the freedoms that are crucially important to a nation that has spilled blood for such freedoms, then they may be incrementally taken away, piece by piece, little by little, until the individual no longer has the rights that the previous generation enjoyed. That's the only point I'm making here.

There is good reason for this legislation to be put in this way, because the parliament wants more time to consider. I've just been through - before the member for Wright got here - a number of backup provisions and a number of committees that go through any legislation before it gets to the point of being enacted.

Freedom as the nation's legacy

That's a legacy that we must leave as a nation. When our men and women have gone and shed their blood overseas for us, and you ask them why, they will say, 'Because we were fighting for the freedom to live the way we want to live in this nation.'

I'm not going to go into the restrictions that were put in place in Victoria because of COVID, the excuses that were given, the responses that happened there and the powers that they then claimed back to enact what they wanted to enact using the Victorian police.

I am very, very attuned at this time to any legislation that may affect health, wellbeing and, especially, freedom of movement and freedom of association. I want to be able to walk down the street in the freest nation in the world.

Trust in the legislation

We're not all the people under threat around the world. And it gives us a different view. The Australian view says: 'She'll be right. You can bring in legislation like this. It's not a problem unless it's misused or abused.' Why would it be misused or abused? I don't know.

The other option is that we don't have legislation like this at all, and then the Federal Police can't act. That's not a go either. That doesn't work for me either. You have to give the powers to the Federal Police to be able to act on your behalf. But, at the same time, I notice that each time there is judicial oversight along the track.

Mr BROADBENT: No, they haven't been used. But, once these laws are in place, it wouldn't surprise me if in 12 months time the government comes back and says, 'Look, we need another 12 months,' and then the laws will have been enacted and in place for a number of years. I think what this should be saying is, 'If this comes back again, there should be amendments moved to say, "No, we'll do a full review."'

Absolutely. This legislation says that we're working towards new legislation - I don't want to run out of time here. That's fine, except that the sunset clauses are put in legislation like this because of the seriousness of the legislation. They're not put in there just to say, 'Oh, we'll have a look at that at the end of a certain amount of time.'

I suppose a lot of the Australian people just expect us - and expect you too, and you too, and you, Mr Deputy Speaker - to act on their behalf. They want to believe that you are protecting them in everything you decide in this place so they don't have to worry about it.

So I feel a very heavy responsibility when it comes to bills like this that affect the individual freedom of everybody in this nation, because I believe Australia needs to be a beacon of freedom. We need to be a place where people know they can come, get refuge and live in a free society. This may all sound like rhetoric to some people, but it's real because it's real legislation. They can really arrest you.

That you are very comfortable with what the government is doing at any time in legislation that has such a dramatic effect. We've had the blue about it, and now we're agreeing with and supporting this legislation. Thank you for your indulgence.