Speech addressed to the parliament on the Veterans' Affairs Legislation Amendment (Exempting Disability Payments from Income Testing and Other Measures) Bill 2021.

Thank you for this opportunity to address the parliament on the Veterans' Affairs Legislation Amendment (Exempting Disability Payments from Income Testing and Other Measures) Bill 2021. Every now and again there is a moment in the parliament that should not be missed, where history is made, where a change comes, and we as parliamentarians need to note it. With the retirement of the member for Lingiari, Warren Snowdon, our last connection to Old Parliament House will be severed. 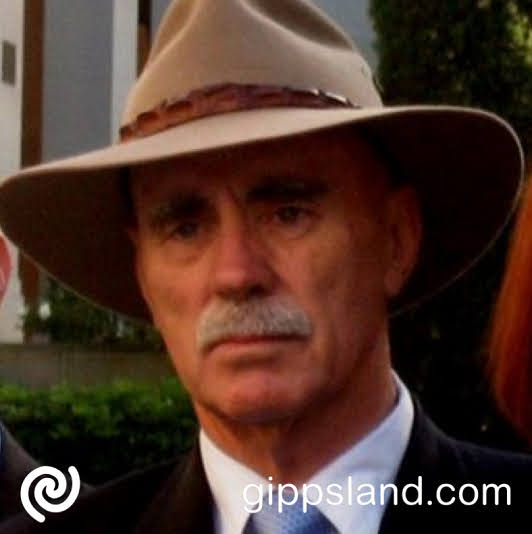 Warren Snowdon, the former Minister for Veterans' Affairs from 2010 to September 2013

Understanding the value of relationships

Warren Snowdon was the Minister for Veterans' Affairs from 2010 to September 2013. He achieved two things I would like to acknowledge, amongst many other achievements. He moved the veterans' affairs equivalent of Five Eyes from officer level up to ministerial level, so the issues were acknowledged as far more important than the parliaments of the day were recognising.

Subsequently, the second ministerial meeting was held here in Canberra, and that was Warren's work. From 2010 to 2012, Warren focused on the eminent persons group to start planning the Gallipoli event of 2015. He knew that they had to look ahead and they had to be three years out to make this event the very important event that it was. To his credit, the member for Lingiari understood the value of relationships.

To underpin such important work he twice visited Turkey and France. His foresight in dealing with the mayor of the province of Villers-Bretonneux was seen when he happened to have a signed Wallabies jumper at hand to give as a gift to the mayor.

Closer to home, according to Warren's return speech, Warren wondered if having a child at the height of his 2013 campaign would grab the granny vote and some of the women's vote.

I have heard since, though, that the women of his area rallied and put out the cry 'Support Elizabeth; vote Warren go back to Canberra'! He did return, and his list of parliamentary achievements is two A4 pages of tiny writing, so I won't even try to go through all the work that he's done in the parliament, but I would like to highlight some things.

He increased the compensation for dependent children of deceased ADF members. In May of 2013, the DVA Veteran Mental Health Strategy was launched, with proposed extended arrangements allowing access to mental health supports - here we go again - and support prior to compensation claims post discharge and GP assessments. It also extended the veterans and veterans families counselling service to those with certain peacetime service.

In May 2012, funding was announced for the Anzac centenary commemorative program to run from 2014 all the way through to 2018. In May and June of 2012, the government provided assistance to Bomber Command veterans travelling to London for the dedication of the new Bomber Command Memorial on 28 June 2012. In February of 2012, the first national observance of the bombing of Darwin was held on the 70th anniversary.

In December 2011, Australian personnel involved in maintenance, transport or decontamination of aircraft used in the British nuclear testing program became eligible for cancer testing and treatment. In September 2011, the prisoner of war recognition supplement was introduced. It was paid to veterans who were prisoners of war and to civilian detainees.

It was paid at the rate of $500 per fortnight and indexed in line with the CPI. It was not income for income tax purposes or for the purposes of social security or veterans entitlements income checks. In May of 2011, the Coordinated Veterans' Care Program was introduced to provide ongoing planned and coordinated primary and community care for gold card holders who have chronic conditions and complex care needs and are at risk of unplanned hospitalisations.

Dedication on mental health and condition

Sharon Bird just gave her valedictory speech, and I've heard the member for Lingiari speak to the parliament. In March 2011, he released a military compensation review, a review of the Military Compensation and Rehabilitation Act 2004; and, in 2010, members of the Australian Protective Service who patrolled the Maralinga site up to June 1998 became eligible for cancer testing and treatment.
He has the serious dedication around mental health and condition of the community that veterans' affairs ministers become a part of - part of their family. For all his hard work, Warren is to be congratulated.
The parliament is better for it. Having said that, I will refer to his first speech in just a moment. The era that Warren first joined the parliament in - the Old Parliament House - was totally different to the expanses of this Parliament House.

Different interaction from before

Everybody was connected together in a very small group of people - it's only what I've been told - and so the interaction between members, staff, ministers and backbenchers was fierce and unrelenting for the whole of the time they were there.

COVID has had us so disconnected in this House with the social distancing and all the measures that we have had to deal with, whereas the old House was a very small unit, and the interaction of parliamentarians then was quite different to what it is today.
We have someone coming from that era still here in 2021 and having suffered a loss. I identify with the member for Lingiari, because I have been a 'oncer' in this place twice, and I know how hard it is to come back.

Commitment to serve the people

I know how it is to stay here in a marginal seat, like the member for Lingiari. There are many people - I'm sure the members of Lingiari won't talk about them - who would be very happy if he weren't in this place or if he had been booted out long ago.
You've gotta fight for your position, you've got to fight to stay here, it's hard to come in, it's difficult when you are in here and it's very easy to be thrown out.

So you've got to be a dedicated parliamentarian and have a commitment to the people that you serve, the people of this nation, the party you represent, the caucasus you are a part of and this House of Representatives - this place where the decisions for the nation are taken. It's a privilege for all of us to be a part of that decision-making process for the nation in good times and bad.

The member for Lingiari said in his first speech, "This nation cannot pretend to wear the mantle of maturity until the indigenous rights of Aboriginal Australians are given formal recognition and the demands by Aboriginal and Islander people for compensation for lands stolen and for social and cultural disruption are addressed."

"In my view, this should involve appropriate amendments to the Constitution. I say to the member for Lingiari: we stand here today, you and I, in unison on the need to change the Constitution and recognise the importance of the Indigenous people in this nation."

Clear sense of responsibility for representation

Further, he said, "Until we give back to the black man just a bit of the land that was his, without strings to snatch it back, without anything but complete generosity of spirit in concession for the evil we have done him - until we do that, we will remain what we have always been so far, a people without integrity; not a nation by a community of thieves."

"Pretty strong words for a first speech in this place! But those words were written and spoken by someone who had a clear sense of responsibility for representation. I wish the members of Lingiari and all who travel with him, his family and friends, the very best in his retirement. May you go well and may the sunsets of the Northern Territory be a part of your days."