Unfortunately, the State Government has finally confirmed that the proposed SEA Electric vehicle manufacturing plant earmarked to be built in Morwell will not proceed. It's a disappointing outcome to say the least for a community that has been through so much in recent years. 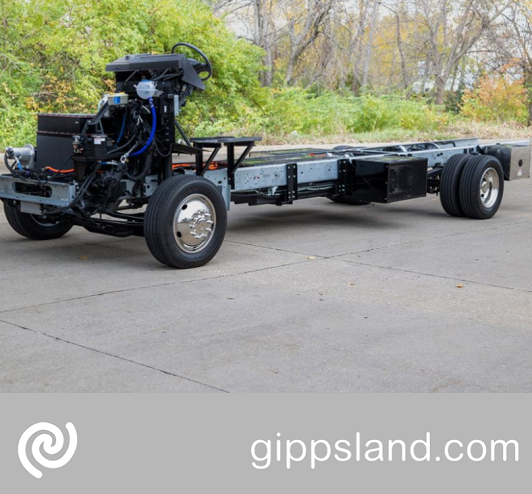 Local enterprises to grow and expand

This project promised so much and given it was backed by the government there was confidence and hope that it would reinvigorate the region following the closure of major energy and timber businesses such as Hazelwood Power Station and Carter Holt Harvey. Whilst I am not surprised that the government has finally conceded this project is no more, it certainly leaves many frustrated, disappointed and disenchanted with what has transpired.

This initiative was announced with great fanfare prior to the 2018 election and was supported across the political spectrum and by the community. People feel let down and quite reasonably ask why the project was even announced if the Government couldn't deliver it.

The Government has to do all in its power to not only consider alternate options of attracting another manufacturer or other industries to the valley whilst assisting local enterprises to grow and expand so we can create employment opportunities.

The SEA electric vehicle manufacturing initiative according to the government promised 500 local jobs, and today feels like we have actually lost 500 jobs. The reality is these jobs are desperately needed as we grapple with the consequences of COVID; the closure of Hazelwood Power Station; the closure of Carter Holt Harvey and the pending closure of Yallourn Power Station.

As you will note from my questions and subsequent answers received from the Minister for Industry in Parliament in October of 2020 the project was already on its knees, but nonetheless to receive formal notification that this won't proceed is a kick in the guts for our community given the promises made, particularly around new local jobs.

Secured for the important commitment

Mr Northed asked the minister, "My question is to the Minister for the coordination of Jobs, precincts and regions: COVID19. Minister, this Friday marks two years to the day since the state government announced that the Latrobe Valley was set to become the capital of electric vehicle manufacturing in Australia. It was also stated that 500 local jobs would be created, and that the facility would be established by 2021."

"Given ongoing high unemployment in my community, which has been exacerbated by the significant economic downturn and hardships associated with the COVID-19 restrictions, this project is vital in helping the Latrobe Valley get back on its feet. So, Minister, can you advise if land has even been secured for this important commitment?" Mr Northe asked.

Mr Pakula answered, "I thank the member for Morwell for his question. Without his having named it, I am presuming he is referring to the SEA Electric project, and I will endeavour to provide the member with the advice that I can, given that it falls within the ministerial responsibility of the Minister for Regional Development, who is the minister responsible for the Latrobe Valley Authority and for this project."

"But I do have some familiarity with it, given that Mr Leptos - who at least was the chairman of the company, I am not sure if he still is - has been a rather regular correspondent with a number of people. It is true that the progress on that project has not been what the government hoped it to be when the grant agreement was signed back in
November 2018."

But the department's view is certainly that some milestones in the grant agreement have not been reached and therefore the milestone payments that would correspond with those milestones have not been paid. There are, of course, difficulties in global business conditions, and so that is to some extent understandable. I am advised by the department that they continue to work with the company in good faith in regard to that.

As for the site, it is my understanding, again from discussions, that there have been some ongoing conversations between not just the state and SEA Electric but also Latrobe City Council with regard to the signing of a lease for a site. Those conversations are progressing, but they have not been concluded.

No updates or communication

Mr Northe again asked, "The electric vehicle manufacturing facility proposal earmarked for Morwell was extremely well received by our local community and across the political spectrum at the time. However, since 30 October 2018 there have been little or no updates or communication as to the status of the project, and now there is strong speculation that this proposal is not proceeding at all."

"So, Minister, can you advise the Latrobe Valley community if this proposed SEA Electric vehicle, a manufacturing facility that promised 500 local jobs will still be built in Morwell - yes or no?" Mr Northe asked.

Hopeful of a resolution

Mr Pakula answered, "I thank the honourable member for his supplementary question. No, I am not in a position to provide that sort of categorical answer for the two reasons that I have already outlined. One is that the project falls within the responsibility of the Minister for Regional Development, and she and her office and that part of the department have been the ones who have been primarily engaging with SEA Electric."

"Secondly, as I indicated in my substantive answer, there are some disagreements, as I understand it, between the government and the company in regard to whether or not certain milestones have been achieved, and I understand that those discussions are ongoing. So, at some point, understandably, those conversations will reach a conclusion at which point the answer to your question, I suppose, will become clearer. But at this stage those discussions continue to occur in good faith, and I think the parties remain hopeful of a resolution."

For more information, visit Electrifying Boost to Jobs in the Latrobe Valley.