All levels of government have been challenged to stop making excuses and get on with the job of delivering bushfire recovery projects in East Gippsland.

Federal Member for Gippsland Darren Chester has told the Federal Parliament that he is frustrated by the failures to actually deliver the projects that are needed to complete the recovery process. 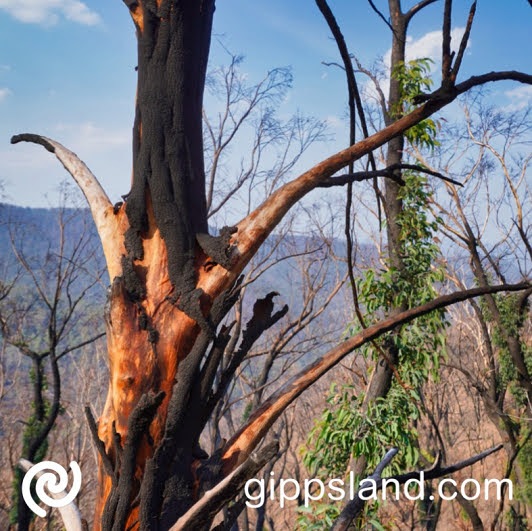 He will meet next week with representatives of the National Recovery and Resilience Agency and said his advice would be "blunt and straightforward". "Grant writing fatigue is real and is actually adding to the trauma in our community."

"The NRRA needs to stop making excuses and start making deadlines. They need to start listening to locals instead of State Government bureaucrats. They need to develop a greater sense of urgency across all levels of government, and actually help get stuff done on the ground." Mr Chester said.

Mr Chester has been an outspoken critic of the long delays in grant funding programs and reminded Parliament of the sheer scale of the 2019-20 bushfires. "More than half of the East Gippsland LGA was burnt, more than 60,000 people are estimated to have evacuated East Gippsland as a result of the warnings, three people tragically died, and 410 residential properties were destroyed, along with 27 commercial properties," Mr Chester said.

"The cumulative impact of economic losses as a result of drought, bushfires and COVID-19 has entrenched the socio-economic disadvantage experienced in one of the most vulnerable regional communities in Australia."

"Yet this region has not received a fair share of funding and the latest $280 million Black Summer Bushfire program has not announced a single successful project because of bureaucratic delays." Mr Chester said.

Mr Chester told Parliament he would continue to fight for a fair share of funding to East Gippsland and advocated for more funding to address the unmet demand in the region.

"We don't need more promises, we need more money and we need a focus on delivery to help one of the most disadvantaged communities in Australia fully recover, socially, economically, environmentally and culturally," he said.

"East Gippsland has suffered more damage than any other part of Victoria and the 'go slow' attitude by the State Government to repair or replace its assets means the visitor economy is not recovering as quickly as it should. We still have bridges, cabins and pathways that haven't been fixed because there's not enough boots on the ground."