Lachlan Hickey and Declan Woolf have qualified for the development team, while Marty McCorriston has been selected as the team's assistant coach.

Two athletes and one coach from Venus Bay Surf Life Saving Club (SLSC) have been selected in the Victorian inflatable rescue boat (IRB) racing under 23 development team, who will represent the state at the Australian IRB Championships in Mollymook, New South Wales from 21-24 July. 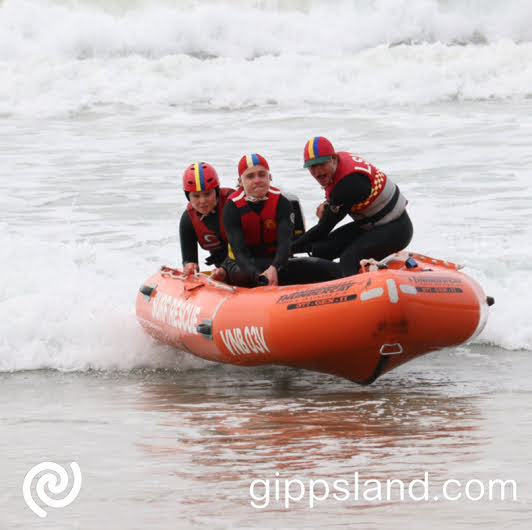 Venus Bay SLSC athletes Lachlan Hickey and Declan Woolf, and coach Marty McCorriston have been selected to be a part of the 2022 Victorian IRB development team

Against the nation's best

The athletes are part of a 36-strong squad selected by Life Saving Victoria's (LSV's) aquatic sports council, based on results at the recent TRE Motorsport 2022 Victorian IRB Championships and will compete against the nation's best IRB drivers, crews and patients.

As well as athletes, the aquatic sport council also selected a team manager, head coach, assistant coach and patient coordinator for each team, based on Victoria's top leaders and coaches in IRB racing.

LSV board director aquatic sport Aaron Green congratulated the athletes successful in being selected in the state and development teams and wished them the best of luck for the upcoming competition.

"Being selected to represent your state is one of the highest honours for our athletes, team managers, coaches and coordinators. Victoria has a long history of success at the national level in IRB racing and I am confident the team selected will continue this tradition at the 2022 Australian IRB Championships in Mollymook. Best of luck to team Vic, we are all behind you!" Mr Green said.

As well as state and development teams from each state, individual clubs will also send teams to compete at the championships.