Federal Member for Gippsland Darren Chester is campaigning to save the Lakes Entrance rotunda from an ill-conceived East Gippsland Shire Council plan.

Mr Chester said he fully supports the development of a proposed foreshore playground but says Council is about to waste ratepayers' money on unnecessarily disruptive site works. "The current plans from Council involve demolishing the rotunda, levelling the existing mound and removing the fish sculpture." 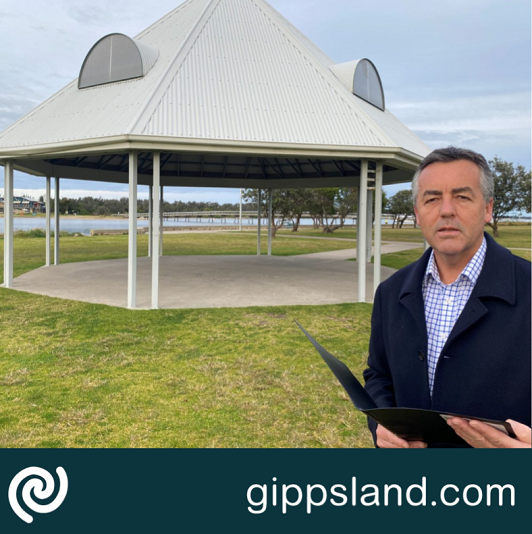 Mr Chester said, "I've repeatedly urged Council to consider moving the proposed playground further to the east and not destroying an existing passive recreation area which is well-used by locals and visitors."

In a letter to all Councillors eight weeks ago, Mr Chester said he would not support any Federal Government funding being used on the current plan because of several shortcomings.

Corncerns for the current council plan

Mr Chester hasn't received a reply to his concerns which included:

Mr Chester said, "I would urge Councillors to familiarise themselves with the proposed placement of the playground, undertake an on-site visit, and acquaint themselves with how this section of foreshore is currently utilised before proceeding any further,"

"Again, I stress my complete support for investment in quality infrastructure on public land and I have delivered millions of dollars in Federal Government funding to help facilitate projects across the Shire of East Gippsland. However, the proposed siting of this project is an avoidable mistake with long-term consequences for locals and visitors to the region." Mr Chester said.