Immediately after the 2019/20 bushfires, Labor Premier Daniel Andrews, stood in front of a packed media conference in Bairnsdale and said the government would 'walk every step' with us through the bushfire recovery.

This has not occurred and these were false words, according to Gippsland East Nationals MP, Tim Bull, who said you only have to look at the Cape Conran situation as the prime example. "Let us look at two prime tourist attractions and what we have been told over the past two and a half years," said Mr Bull. 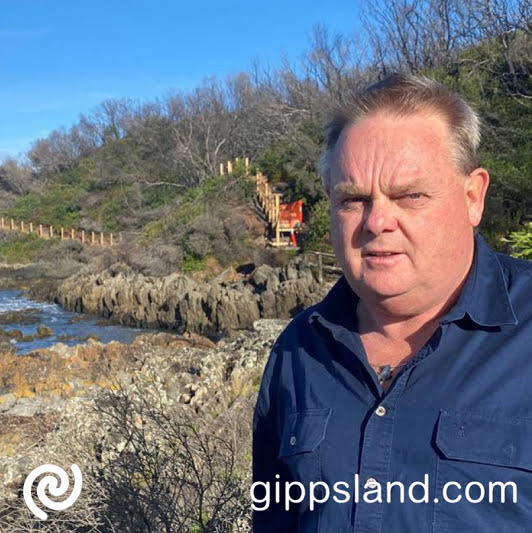 Mr Bull said, "In mid-2020 Orbost Chamber of Commerce asked for the cabins to be rebuilt by that summer. I strongly supported this request. While the government was coy on timeframes, they did say in mid-2020 that these cabins would be built 'soon'. Their definition is obviously different to ours!"

"Two years later they have not been delivered, but of more concern is, I am advised they will not be ready by this Christmas and we are looking at delays until late 2023 and possibly 2024 - you have to be joking!" Mr Bull said.

Mr Bull said, "On top of this, Labor has confirmed it will build less roofed accommodation at Cape Conran than existed pre-fires despite the commitment to build back 'bigger and better'. Originally there were five wilderness retreats and eight cabins - a total of 13. Post fires there will be 10 - a net loss of three." Mr Bull said.

"This is despite the Minister for Environment, Lily D'Ambrosio, saying in her media release of October 2021: 'the 10 brand new cabins at the Banksia Bluff will replace and add to the cabins and wilderness retreats destroyed by the fires' and that the works will 'attract more visitors than ever'.

"Again, what we were initially told and what is going to happen are two completely different things. You can't attract more visitors with less accommodation and who knows when it will be delivered, but it is certainly not 'soon' after," Mr Bull said.

"In September 2020, the Environment Minister, who oversees Parks Victoria, said the East Cape Boardwalk at Cape Conran was expected to be delivered by Christmas 2020. It did not occur.

"Then in September 2021, Parks Victoria's eastern region manager was quoted in the Herald Sun stating the works would be completed for that summer (December 2021). It was not even started by that point.

"Finally, work was started earlier this year, but has again been stopped for several months with no progress. The Snowy River Mail recently ran two pictures, one recent and one from several months ago, to highlight this," said Mr Bull.

Mr Bull added, "As we head towards another summer, three years after the fires destroyed this important infrastructure and we were told the government would 'walk with us' - the response has been nothing short of appalling - no cabins are in place and the boardwalk is at a standstill."