Federal Member for Gippsland Darren Chester says he is 'alarmed and disappointed' by the decision to bring forward the planned closure of Loy Yang A power station to 2035.

Federal Member for Gippsland Darren Chester said he remained unconvinced the proposed transition to reliable and affordable alternative sources of energy would be in place by that date, and retiring 30% of Victoria's energy supply 10 years earlier than anticipated raised a lot of questions. 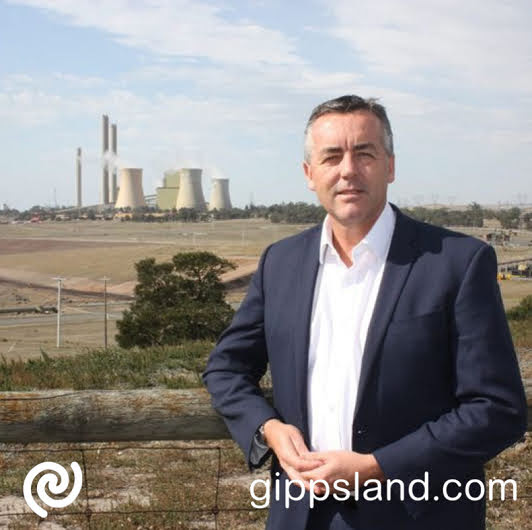 Mr Chester said, "The decision by AGL to bring forward the closure of Loy Yang A will impact local jobs and I'm unconvinced the planned renewables will offer the same reliability and affordability that Victorians have become used to expecting from the Latrobe Valley generators for the past 100 years."

"Projects like offshore wind have potential but the turbines haven't been built, approval hasn't even been granted, and the transmission lines through private property to connect them to the grid remains contentious."

"I'm alarmed and disappointed that this decision has been made before there is any certainty that the national grid is able to make this transition to weather dependent renewables in an orderly way." Mr Chester said.

Mr Chester said the Australian Energy Market Operator (AEMO) report earlier this year - the 'Integrated System Plan (ISP) for the National Electricity Market' - had reinforced his concerns that the needs of Latrobe Valley workers and their families were not being fully considered.

"That was a soulless document written by engineers and economists with hardly any reference to the people who will be directly impacted by changes in the electricity generation market," Mr Chester said.

Mr Chester said, "Moving to a system which is 100% weather dependent before transmission lines are even built to link large-scale renewable projects to the grid is a recipe for higher prices, unreliability for businesses and blackouts for family homes."

"That report highlighted the extraordinary challenges of delivering a once in 100 years transformation of the electricity system in Australia but was disturbingly light on any references to the likely social and economic impacts in directly affected communities like Gippsland and Latrobe Valley." Mr Chester said.

Mr Chester also said, "People need to be at the heart of these decisions. The people who currently work to generate the electricity; the people who are expected to install new renewable capacity and transmission lines."

"The people who need reliable and affordable energy at home and in their workplaces; and the people who want to leave an environmentally sustainable system for their children."

"The actual people of the Latrobe Valley who will bear the brunt of any premature closures of existing brown coal-fired power stations aren't mentioned once in that 104 page report." Mr Chester continued.

Mr Chester said the AGL decision, coming on top of the planned closure of Yallourn power station, would demand a co-ordinated and strategic response from all levels of government.

"There needs to be a high-level and bi-partisan task force appointed immediately with significant long-term funding allocated to help our region manage this transition."

Mr Chester said, "Hopefully this announcement by AGL will force Premier Dan Andrews to wake up and realise the direct threat to the social and economic future of the Latrobe Valley as business decisions are made in distant boardrooms without any consideration of local community impacts."

"I accept there is an irreversible transformation underway towards more renewables, and less coal-fired power, but it must be done in a way which respects our local communities and delivers a reliable and affordable system."

"As a local MP, my focus is on our region and ensuring that Gippsland and Latrobe are not forgotten when it's our families who have been working to power Victoria's wealth for the past 100 years." Mr Chester concluded.