As our Prime Minister introduces the Religious Discrimination Bill, it is ironic that unvaccinated people in Victoria are on the receiving end of some of our country's harshest discrimination restrictions.

Today the Prime Minister introduced the Religious Discrimination Bill. In doing so, he talked about all the good reasons why we as a nation must say no to discrimination in all its forms. He noted that this bill will add to existing Commonwealth legislation that criminalises discrimination on the basis of age, race, gender, disability and human rights.

Lifeline during the recent catastrophe

Let me paint a picture of this repugnant discrimination. Yesterday my friend, who I'll call Kate-not her real name-rang to let me know that, from today, she can no longer go to her local agricultural hardware store to purchase feed for her livestock.

While pet stores are considered essential, stores that sell livestock feed are not. But it turns out that the store also sells petrol. As petrol is deemed an essential retail item, my friend was confused about why she couldn't simply pick up some feed at the same time as paying for the petrol.

Having lived in this tight-knit community for more than 10 years, she knows the staff well. In fact, they were a lifeline during the recent electricity blackouts after the storms, when they helped source a generator for her. She even promotes the business to clients because of their friendly and competent approach.

When Kate entered the store, she saw all the new signs reminding people of the need to check in with their vaccination status. A bit bemused about what these signs might mean for her as an unvaccinated person, Kate half-jokingly asked the manager, 'can't I come shopping here anymore if I'm not double vaxed?'

To her utter shock, he replied, 'No, you can't, effective tomorrow morning.' Kate then asked, 'So, if I come in tomorrow and fill my car up with diesel, can I come in and pay for it?' He said, 'Oh, that's different. You could buy petrol; that's essential. I can't ask you about your medical status when you buy petrol.' This is exactly the same checkout at which Kate pays for the other items. A bit perplexed, Kate checked a bit further.

'So you're saying that livestock feed is not essential?' The manager said, 'Kate, the advice has come from the top. I'm just following orders. You have to disclose your medical status.' Kate, who is of German heritage, took a deep breath and replied, 'Sorry, but I come from a country where they once "just followed orders". Don't worry,' she said. 'I won't make your life a misery, but I won't return until this madness stops.'

Restrictions based on science

How can these restrictions be based on so-called science or health advice? You only need to look at the different approaches across Australia to know they can't possibly be - or at least that, clearly, there's a broad range of health advice that can be chosen by governments to suit their own political needs.

For instance, how is it that New South Wales is reducing restrictions for unvaccinated people at the same time that Victoria is doubling up on them? We are a fractured nation of people who are hurting, and I don't understand why more of us in this house aren't standing up to call out this divisive and repugnant discrimination.

I know this woman to be strong and resilient, and she says she's okay, but the point is that she shouldn't have to be okay. What about the hundreds of thousands of people that are not okay-the ones that for many and varied reasons have made the choice that they would prefer to lose their job, risk their home and their ability to care for and feed their family, rather than be coerced into accepting a new vaccine about which they are unsure?

The government has spent a lot of money on so-called educating people about what they're about. But it comes down to looking like coercive control, to me, when the Victorian government is isolating you from your personal support systems, preventing you from meeting up and spending time with other family members and friends, monitoring your activity through the day by exactly what I did before.

I came in here, denying your freedom and autonomy, malicious name-calling, belittling you, putting you down, limiting your access to money or jobs and controlling aspects of your health and body.

There's always a bright side

My friend is one of the strongest, most resilient people I have ever met in my life, but it breaks my heart to know that she is enduring this. If you're unvaccinated in Victoria, you will be persecuted; you will be ostracised. 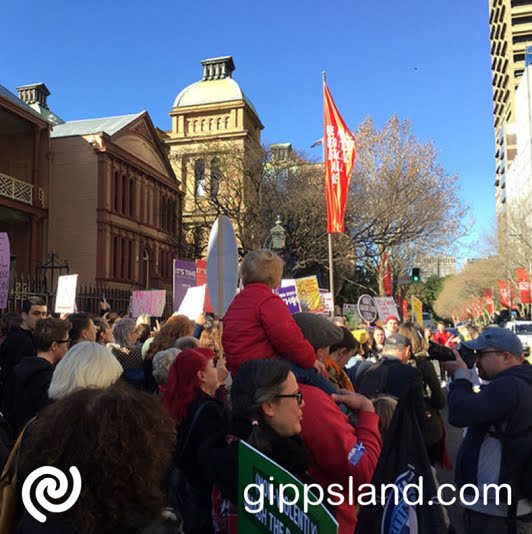 It's rather ironic, then, that, while this bill is being debated today, unvaccinated people in Victoria are on the receiving end of some of our country's harshest discrimination restrictions