The visit of Minister for Commonwealth Games Legacy Shaun Leane was another opportunity to discuss the 2026 Commonwealth Games and the importance of leaving a legacy in our region. Opportunities include using an athlete's village as affordable housing for the region and improving sporting facilities that will benefit local teams into the future. Conversations also considered how to deliver local jobs first and ensure a local view is considered for a positive impact on social enterprises, health providers, educators, aboriginal organisations and disability groups. 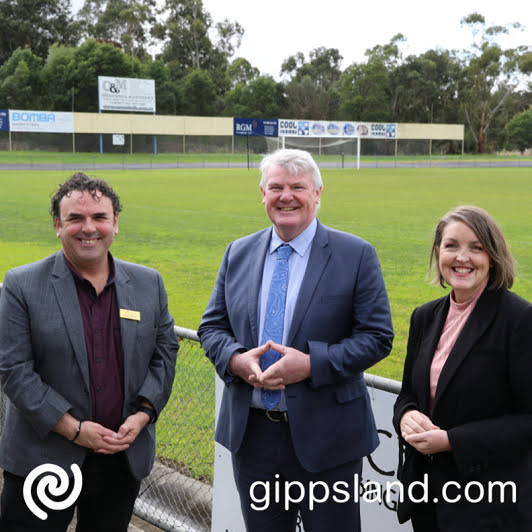 A balance will need to be delivered between short-term temporary infrastructure delivery to support the Games and long-term benefits for Latrobe City. Minister for Commonwealth Games Legacy Shaun Leane said, "The 2026 Commonwealth Games will contribute more than $3 billion to Victoria's economy, creating more than 600 full-time equivalent jobs before the Games, 3,900 jobs during the Games and a further 3,000 jobs beyond the Closing Ceremony.

"The lasting impact of the games will be significant - with new and improved sporting facilities and affordable housing in the host cities across Victoria," said Minister Leane.

Mayor of Latrobe City, Councillor Kellie O'Callaghan thanked Minister Leane for his visit and the chance to discuss legacy opportunities. "As part of preparation for the games, we must consider the legacy crucial investments can leave. The athlete's village could provide necessary affordable housing that will support the growth of our City.

"New and upgraded sporting facilities would provide world-class arenas for local sport and increased touring opportunities for premier teams. This will be a key driver that will designate Latrobe City as a regional sporting hub," said Cr O'Callaghan.