The Labor government is putting the agricultural sector into crisis, dismissing famers' calls for help.

Daniel Andrews is refusing to sign off on an extension to a seasonal worker deal with Tasmania, as workforce shortages leave Victorian farmers facing ploughing millions of dollars of fresh produce into the ground. 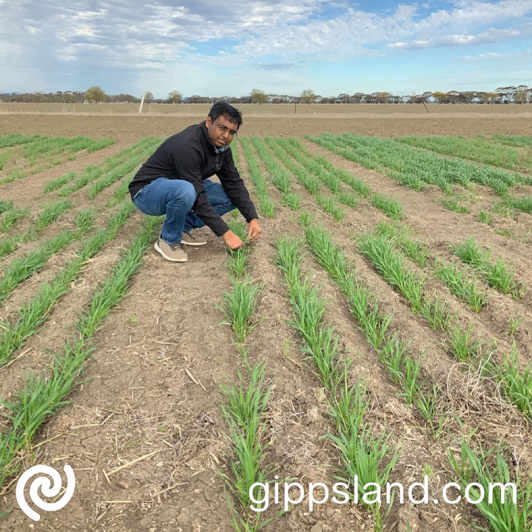 If the government continue to deny the worker shortage issue, and fail to give it the urgent attention it demands, consequences could happen like unnecessary loss of crops and hardship on the economic recovery

Farmers have been calling for immediate action to solve the shortage for more than 12 months, but Victoria has done little to fix the problem. Yesterday, the Federal Government confirmed a special agriculture visa to streamline entry into Australia will open by the end of September, with States and Territories responsible for quarantine arrangements.

Shadow Minister for Agriculture Peter Walsh said there were currently 430 people in the Pacific Islands with approved visas who were ready and waiting to jump on a plane to work on local farms. "While Daniel Andrews is peacocking around laying blame at the feet of anyone but himself, Victorian farmers are desperate for a solution to this crisis," Mr Walsh said.

"Progress towards a solution is sitting on the Premier's desk - it has been for more than two weeks - but Daniel Andrews is so obsessed with his petty political vendetta against the Commonwealth that he's refusing to sign off."

Yesterday, Daniel Andrews arrogantly dismissed Victorian farmers' calls for help, claiming Victoria didn't have responsibility for quarantine and that the Commonwealth was just "handballing it to State Governments who are apparently in charge of quarantine".

Mr Walsh said, "The Andrews Labor Government's obstructive grandstanding and hands-off approach is only forcing Victoria's agriculture sector deeper into crisis. Extending the deal with Tasmania is only part of the solution - the initial 1500 seasonal workers are just a drop in the ocean compared to what's actually needed to end the uncertainty for our primary producers."

"There were an estimated 15,000 workers that were needed in horticulture alone, not to mention the worsening shortage for our grain growers and livestock producers. This isn't a new problem - Daniel Andrews and his Agriculture Minister have had more than 12 months to find a solution to get workers on-farm but they still have no plan out of this mess.

"The least the Premier can do for Victorian farmers is sign the paperwork that's been sitting on his desk for more than a fortnight to get the ball rolling on delivering workers our farmers desperately need."