Acknowledging gender equality achievement of men and women through sports.

Council congratulates Lichelle Clark, Tania McLeish, Anne Skinner and Belinda Watts-Keeley on their induction into the Baw Baw Shire Sporting Walk of Fame. Nominated by their peers, these four local champions are formally recognised for their outstanding achievements at the highest national and international levels of their chosen sports. 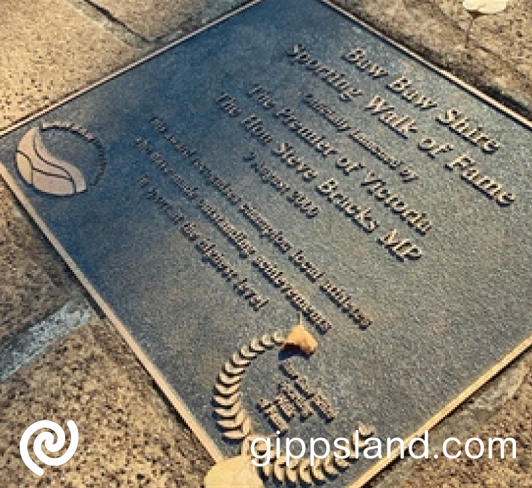 Lichelle Clark is an elite swimmer with a successful career at both a junior and senior level. Her highlight achievement is her Paralympic silver medal triumph in the 400m freestyle at the 2004 Athens Games.

Tania McLeish is a three-time World Champion Underwater Hockey player. A key member of the Victorian Women's team, she secured multiple gold medals at the Australian National Titles through the 1990s and 2000s.

Anne Skinner is an exceptional international equestrian, competed in two Paralympics, as well as at world championships, and national and state events. She has since received coaching qualifications with Riding with the Disabled Association of Victoria (RDA) and Equestrian Australia (EA).

Other recipients of prestigious honor

Belinda Watts-Keeley is a two-time world champion Underwater Hockey player, having secured gold with the Australian Women's team in 2002 and 2006. She has also represented Australia in the Elite Women's division at six other world championships, securing multiple medals.

Jason Bargwanna, whose induction into the Sporting Walk of Fame in 2020 was disrupted by COVID-19 restrictions, will also be celebrated in the ceremony. All are thoroughly deserving recipients of this prestigious honour. They will be celebrated with an induction ceremony, the details of which will be confirmed.

The simultaneous induction of four female athletes into the Baw Baw Sporting Walk of Fame is a historic first and signals positive change for gender equality in Baw Baw Shire.

Historically, the Sporting Walk of Fame inductees have been overwhelmingly male. In their recent assessment of nominees for induction, Council has acknowledged this imbalance. Council has also acknowledged that although the nomination and selection process is intended to be impartial, the list of past inductees makes clear that the process has favoured male nominations.

As a result, Council has decided to undertake a formal review of the Sporting Walk of Fame guidelines. The review will include a Gender Impact Assessment to ensure gender equity in the process going forward.

The nominees determined unsuccessful based on current criteria during this round of assessment will be reassessed against the updated criteria following the guideline review. Council intends that the decision to review the Sporting Walk of Fame guidelines will be emblematic of a wider dedication to gender equity at Baw Baw Shire Council.

During a recent Open Community Briefing, Public Sector Gender Equality Commissioner Dr Niki Vincent provided Council with an outline of the Gender Equality Act 2020. She spoke about the hidden biases that contribute to inequitable outcomes for men and women and framed some of the challenges we face as a society to improve them.

Working towards this end, a Gender Equality Action Plan is currently being developed by Council, which aims to promote, encourage and facilitate the achievement of gender equality across the organisation and in the wider community.

Cr Jazmin Tauru said, "I'm in awe of these four human beings and I want to celebrate their accomplishments. I see four women that will be going on the Sporting Walk of Fame in Civic Park Warragul."

Cr Annemarie McCabe said, "I commend the efforts and the due diligence undertaken to assess each nomination. What this report has highlighted is the failings of the guidelines in a modern society that is embracing equity and equality."

"I thank Women in Gippsland for presenting these nominations on International Women's Day. These women are all high achievers in their sport and they have my admiration. I can congratulate the four successful nominees and look forward to celebrating their induction into the Sporting Walk of Fame, with them, with Women in Gippsland and with the community at large."

Appreciation for the inductees

Mayor Cr Danny Goss said, "We know there are cultural, structural and institutional barriers which have historically made it difficult for women in the sporting arena to be able to achieve what they may have been able to achieve under different circumstances. And I think that needs to be recognised as part of the review of the guidelines.

But most of all, I want to congratulate the inductees because that's what it's really all about. Those four women have achieved some remarkable sporting success, and it's fantastic that they are recognised not only by the Council but by their community. And to be recognised forever on the Walk of Fame in Civic Park is a wonderful achievement."

Deputy Mayor Cr Michael Leaney said, "I fully support this motion moved by Councillor Tauru. I think this is very much a first step in terms of working towards ending discriminatory practises that are embedded in our society. It is a step towards evening out the inequalities with gender and clearly there are societal issues that have created an unlevel playing field in the past."

"We have to acknowledge that women have had things stacked against them. We have to recognise as a modern society we should aim for better recognition of achievement where people are not restricted by their gender, race or sexuality. We're a long way off from that but we have to work towards it and the Baw Baw Shire needs to show leadership in this space."