Ineffective response to major flood events may lead to public discontent or loss of trust in the authorities or the state and national governments.

Victims of the Black Summer bushfires are concerned about the long-term recovery of communities experiencing the recent floods in New South Wales and Queensland, and they have some warnings for those people who are at the start of a long journey of recovery. 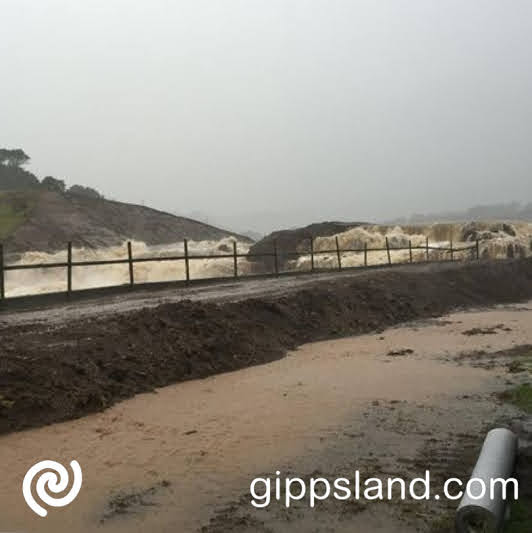 Moving to a new home

Sarsfield resident, Kevin Perry, knows a thing or two about disasters from both sides of the fence. Working in emergency management for over 30 years, he spent 20 years as the Regional Manager for the Victorian SES East Region. In addition, for over 40 years he's been a committee member for Gippsland Emergency Relief Fund, which was set up in 1972 to collect donations and support people impacted by events such as floods, storms and bushfires in the Gippsland area.

Then, two years ago, Kevin and his family lost their own home of 44 years in the bushfires which ripped through the town of Sarsfield, 15 kilometres from Bairnsdale. "I've spent so many years talking to people who'd been through this, but of course before now, I could go home and get into my own bed after those conversations."

"But this was different. It was unbelievable trying to wrap our heads around the loss of our home. We moved into our home on our baby son's first birthday, so it was the only home he'd ever known." Kevin said.

"Even as an adult with a family of his own, our son was absolutely distraught when the house was destroyed, and his kids, our three gorgeous little granddaughters, were devastated." Since the bushfires, as well as the hard work Kevin has been putting into rebuilding his own property, he volunteered to assist the camp coordinator for Bruthen BlazeAid, and has also fronted up as a valued member of the Sarsfield Community Association.

He's acutely aware of the difficulties which the community of Sarsfield has experienced in accessing recovery funding, despite the locality being one of the most heavily impacted areas across the region. Kevin wants to warn flood-impacted communities of how tough this has made recovery for his community, and how a government bureaucrat's interpretation of an obscure point can directly impact hundreds of people.

"Sarsfield applied for funding to rebuild our little community hall," Kevin explained. "The hall's falling down but it means a hell of a lot to us. It's the only place where we can gather for recovery activities and mutual support." Kevin said.

The Sarsfield Community Association and the Sarsfield Hall committee submitted a joint application to the Black Summer Bushfire Recovery grants, only to have their application thrown out without even being glanced at, simply because the hall committee's ABN declared the group to be a 'state government entity."

"Members of our family were active on the hall committee for many years," Kevin explained. "They are the exact opposite of a state government organisation. It's six people discussing whose turn it is on the toilet roster to clean the public toilets this month, mow the grass and clean the hall. I can tell you, that's not what the bureaucrats in state government departments are discussing around their tables." Kevin said. 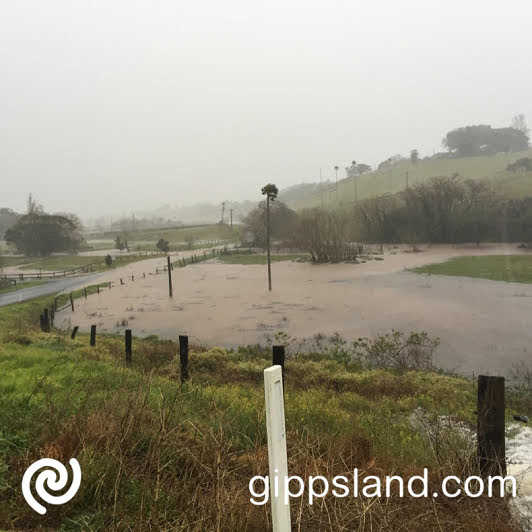 Kevin explained how difficult it was for him, his family, and his neighbours who also lost homes in the bushfires, and he wants to warn flood-impacted people about how in the immediate aftermath of a disaster, they will hear promises which sound good but may not be followed up.

"Straight after the bushfires, we had politicians from all levels of government and all political parties visit Sarsfield and promise support for as long as it took to recover. And now look at what's happening. When we ask them how they could have thrown our hard work in the bin, they just tell us that the whole shemozzle was our fault."

"I've helped a lot of organisations write grant applications during my time, and I've never seen anything like the interpretation that the National Resilience and Recovery Agency is putting on it." Kevin explained.

Kevin knows what a difference this would make to them. "I spent my life looking after other people and trying to make sure that their property and life was affected as little as possible," Kevin said.

"Now, suddenly finding myself in that same position has been really tough. I used to talk to people about what it was like, and now I've learned it first-hand. People experiencing the floods need to know that recovery takes a long time, and can be a hard road, particularly if you are arbitrarily denied being assessed for the recovery support which is every Australian's right if you're impacted by a natural disaster."