Development of clean hydrogen and carbon capture and storage in Gippsland get $42.9M funding from federal government

The Coalition government is backing the development of clean hydrogen and carbon capture and storage technologies in Victoria's Gippsland region, providing job and economic growth opportunities for the community.

The government is investing more than $42.9 million in projects valued over $441 million that will boost the region's status as a low emissions technology hub to help Australia achieve net zero emissions by 2050. These projects include:

The SEA CCS project will enable the storage of two million tonnes of emissions per year from 2024 with the potential to increase to seven million tonnes annually by 2030. 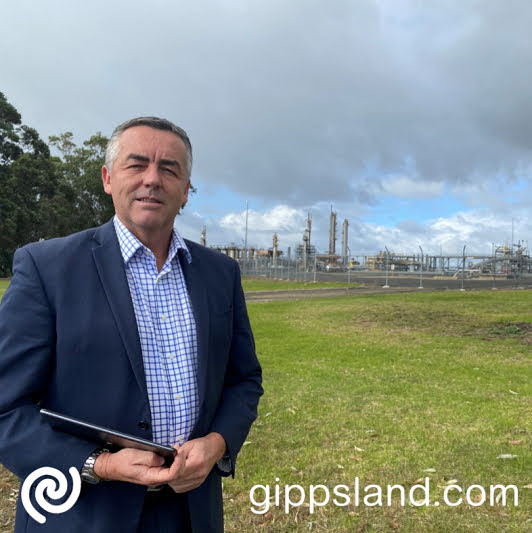 Clean hydrogen will be produced from local brown coal, with carbon dioxide from this process to be captured and securely stored in the offshore reservoir in Gippsland

This investment builds on $97.5 million of previously-announced support for other major projects in the Latrobe Valley region. This includes $57.5 million towards the Hydrogen Energy Supply Chain (HESC) project, which delivered the world's first shipment of liquid hydrogen earlier this year, and $20 million towards the CarbonNet CCS project.

Minister for Industry, Energy and Emissions Reduction, Angus Taylor, said the projects will create more than 1,000 local jobs, with many more possible once both the hydrogen and CCS hubs are constructed and scaled-up.

Minister Taylor said, "The Gippsland and Latrobe Valley region is already at the forefront of clean hydrogen projects, attracting significant international interest and investment already. These additional grants are a further testament to the excellent opportunities and skilled workforce in this region."

Minister Taylor said, "The new hydrogen and CCS projects, along with the significant HESC and CarbonNet projects, will unlock new opportunities for not only Gippsland locals, but the broader decarbonisation of industry, growing the early-stage clean hydrogen export sector, and bolster additional domestic gas supply.

"We know that carbon capture projects, both for storage and utilisation, will be key for the world to reach net zero, which is why it is one of our priority technologies in our Technology Investment Roadmap.
"By using the existing Bream reservoir offshore to Gippsland and giving new life to existing surrounding infrastructure, the CCS hub will support existing and new jobs and have a big emissions reduction impact, with a reduced environmental footprint." Minister Taylor said.

"We will keep our energy sector workers employed and ensure they are not forgotten. It is essential all levels of government continue to work with the community to ensure the respect and care is shown towards the Latrobe Valley community." Mr Chester said.

The UN's International Panel on Climate Change (IPCC) and the International Energy Agency (IEA) have both recognised that CCUS technology will be crucial to reducing emissions and meeting global climate goals. CCUS will help Australia meet and beat its 2030 emissions target and achieve its goal of net zero emissions by 2050.

Clean hydrogen exports could directly support 16,000 jobs by 2050, plus an additional 13,000 jobs in renewable energy infrastructure construction. Clean hydrogen production for both export and domestic use could generate more than $50 billion in additional GDP by 2050.

The SEA CCS project, as part of the Gippsland Basin Joint Venture (GBJV), led by Esso Australia, will repurpose the depleted Bream reservoir off the coast of Gippsland as a carbon storage site. The project will also reuse the surrounding infrastructure with new CO2 systems at the existing Longford Gas Conditioning Plant.

The Clean Hydrogen Industrial Hubs Design and Development grant will advance the next stage of a project that uses local brown coal to produce clean hydrogen and electricity. The facility aims to capture all of its carbon emissions within the site, as the 8 Rivers technology uses carbon dioxide within the process. Only the Coalition has a plan to deliver a stronger economy and a stronger future for Australia.