Life Saving Victoria (LSV) is calling for caution while driving, as surprising new data reveals August is the most dangerous month for transport-related drowning in Victoria.

It's a road risk rarely considered, however Victorian statistics collected since the year 2000 have shown that more people drown while driving in August than any other month, with people aged 25 to 64 most at risk. With one month of winter remaining, Life Saving Victoria general manager research and health promotion Dr Bernadette Matthews hopes to raise awareness of the potential dangers of driving around water or in wet, stormy, or flooded conditions. 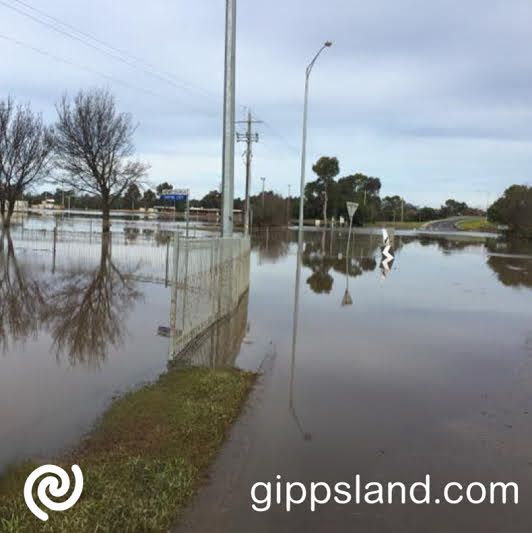 Dr Matthews said, "While most people are aware of road risks such as drunk driving, speeding, and not wearing a seatbelt, they are often unaware of the risk of drowning while driving. It sounds like an oxymoron, but since 2000, 43 people have drowned while in transit in Victoria, including veering into lakes, rivers or dams, or being washed away in wet conditions while driving, cycling or in other transport. Most of these occurred while driving and during August."

"Additionally, between 2004-05 and 2014-15, 84 Australians drowned while attempting to drive through floodwaters, proving the risk of drowning while driving is greater than you may think," Dr Matthews said.

Thankfully, Dr Matthews says there are simple steps you can take to ensure you and your family stay safe while travelling. "First and foremost, always be vigilant while driving," she said. "A moment's distraction while checking a text or changing a song can be all it takes to veer off the road and into water." Dr Matthews said.

Dr Matthews said, "Make sure to check the conditions before you go and keep track of warnings from the Bureau of Meteorology and by tuning into the local emergency broadcaster. Remember, conditions can change quickly. Finally, if you are driving near waterways and you notice the water level rising, change your route and go to higher ground as quickly as possible, as flash flooding may occur."

"It doesn't take much to make your car unstable, lose traction or wash away - a car can float in just 15 centimetres of water, the height of an average pen - so never attempt to drive through flooded roads."

Travellers can also keep track of emergency weather events on the VicEmergency website, which provides real-time map displays of incidents including floods, storms and beach closures.